RSS
← Why T is not the answer
A moment of truth →

On the brink of transformation 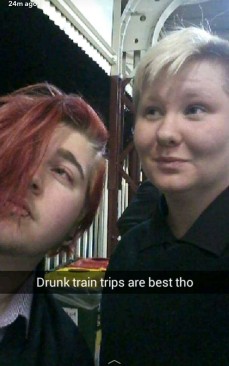 As I’ve written about before, when E first came to us he had been trying to access services in rural Victoria, on the border of NSW.   There was confusion about his referral and the original reason he came to stay with us was because he was hoping to have a face  to face meeting with the psychiatrist rather than a skype visit,  only to find his consult in Melbourne had been referred to Canberra….. little did we know it was the first of many challenges.

E was the kind of young man I would hold up as an example of how to do teen stuff right.  He worked for the major fast food chain, did the management training, I told J this would mean he would be in employment soon.  But six months on, countless job applications later and E has had a little cash in hand work and two job interviews.  We worked on his tax returns and he had some cash in his account and when this year’s group certificate came in he did his tax himself, teaching a man to fish in action.  He has been unable to register for government assistance, although I have finally talked him through the process of gently refusing the government line of “your parents will help” to keep standing up for himself and saying that they have not and it is unlikely they will.

There have been some significant wins though.  Through a little transgender community grapevine action he connected with a well known GP who had recently moved to a new practice with the ability to take on new patients who referred him to a psychiatrist with extensive experience in the LGBTIQ community.  E now has his “diagnosis” and two weeks ago had his first T shot.  He has also started progressing through the recruitment process for an employer in a field in which he is interested in working.  It’s a field where being 21 and with no experience is not seen as a barrier as he is viewed as young, enthusiastic and a model for a new generation of disability carers, if he is successful.

His smile is wider, that gorgeous enthusiasm that marked him as someone special when we first met is bubbling to the surface again.  My heart couldn’t be gladder for him.

Comments Off on On the brink of transformation

Posted by totallyterrifictigerista on July 17, 2016 in parenting, transgender

← Why T is not the answer
A moment of truth →